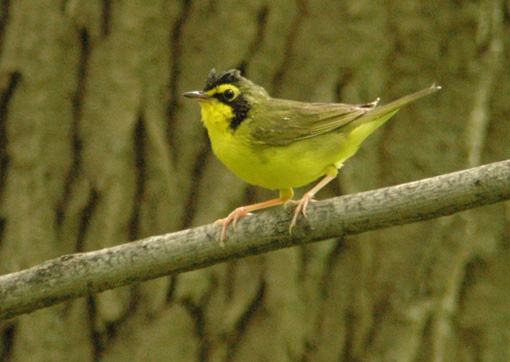 Stay Focused on the Loss of Biodiversity

Birds are indicator species for environmental health. The 2.9 Billion Birds Gone report documents bird loss by habitat and family. The habitats that have suffered the greatest loss indicate the ecosystems that should have the highest priority for conservation. The bird families that have suffered the greatest loss indicate the habitats that should have the highest priorities.   Grasslands have suffered the greatest loss of birds. New World Sparrows and New World Blackbirds which have many species dependent on grasslands, have suffered the first and third greatest decline by species. Saving grasslands should have a high priority. Many New World Sparrow and New World Blackbird species are dependent on scrub- shrub habitat which is increasingly rare due to lack of successional habitat. Existing scrub-shrub habitat should be protected and more scrub-shrub habitat is needed. New World Warblers show the second greatest decline by species. Many warbler species depend upon forest habitat that is being lost, fragmented, or degraded.

Warbler species that depend upon an understory vegetative layer for breeding are especially hard hit because of loss of native understory plants due to an overabundance of White-tailed Deer. WCAS Citizen Science studies show that the breeding bird species that have declined the most at Baldpate and in the Sourland Ecosystem Preserve are three species of warblers that depend upon a Spicebush understory for breeding, Hooded, Kentucky, and Worm-eating Warblers. Hooded Warblers nest in the Spicebush; Kentucky and Worm-eating Warblers nest on the ground. Ash tree die back has allowed more sunlight into the forest, promoting the growth of invasive plants such as Multiflora Rose. Spicebush out competes the rose in shade but the opposite is true in sun light. The warblers need a native plant dominated understory for nesting.

Loss of insect mass, especially the caterpillars that most land birds feed their young, is a major factor in bird decline. Native insects need native plants for lay egg laying since insect young only feed on specific plants. While non-native plants may provide nectar, they do not function ecologically as host plants. Loss of native plants is responsible for the loss of both bird and butterfly species.

Loss of pollinating insects has also affected bird populations as many adult bird species and their fledged young depend on fruit. Fruiting trees and shrubs depend on pollinating insects, which are experiencing drastic declines. Over dependence on European honeybees and loss of habitat supporting native plants caused a population crash in native bees, who are essential for pollinating our native plants. With too little fruit available many bird species such as Catbirds do not put on sufficient fat for migration and are forced to make more migratory stops to replenish their fat stores, exposing them to more danger from predators and inclement weather. Thrushes who depend upon fruit for migration have suffered the ninth greatest loss by family, with a loss of over 100 million birds affecting fifty-five percent of thrush species. Spicebush and thrushes have coevolved with the berries ripening to coincide with peak thrush migration. The Spicebush understory of the Sourlands and Baldpate Mountain is critical for these species.

Protecting existing habitat is the most important action that we can take to preserve our remaining biodiversity. The second most important action is to restore native plants, which support both birds and the insects upon which they depend. WCAS has supported native plant restorations though Holden Grants, with emphasis on supporting grass roots conservation, restoring threatened habitats and providing habitat for the bird species that are declining the fastest. WCAS has partnered with several local land trusts to help restore degraded habitat. We also encourage our members to plant native plants in their own yards. Grass roots conservation is critical to reversing species decline as the issue of biodiversity decline is not getting the attention it should on the state and national levels.

While attention has been focused on and resources deflected to headline grabbing issues, the biodiversity crisis has continued unabated. The environmental community needs to refocus on this most critical issue for if biodiversity loss continues to the point of ecosystem failure, none of the other issues are going to matter. 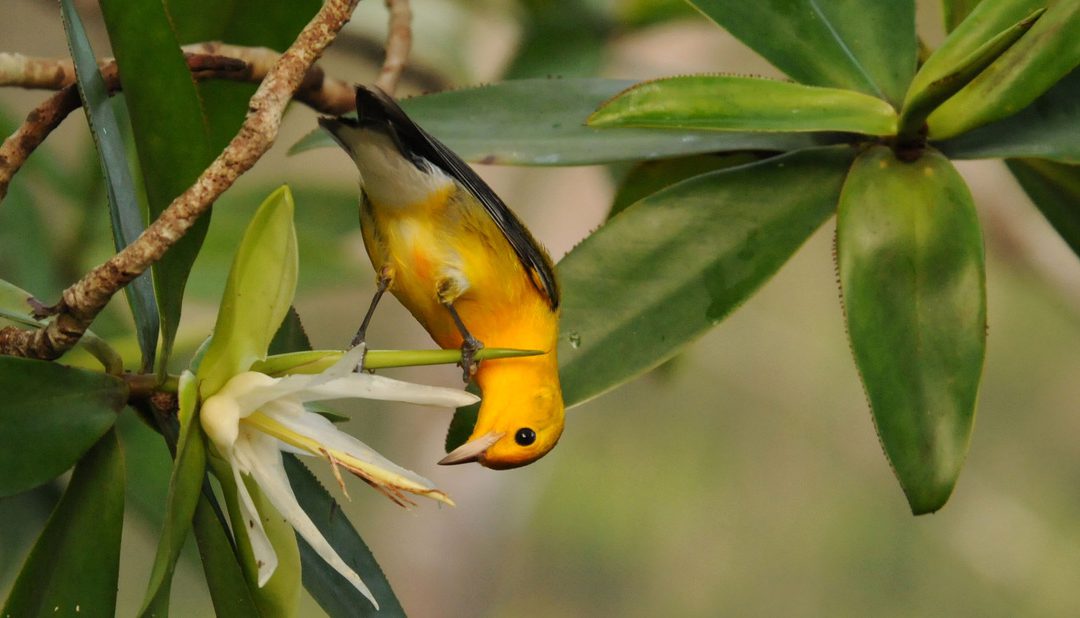 President’s Corner: In Support of Ecotourism

This articles was written before the Covid-19 crisis. It is still germane because of the dependence of biodiversity conservation on ecotourism, especially in the species rich Neotropics. The already unsustainably declining biodiversity of the Neotropics will be further imperiled by this crisis. In calculating the long term consequences of the virus, the effects on biodiversity need to be considered. Protecting biodiversity protects ecosystems, many of which are already severely strained. Ecosystem collapse coupled with economic depression is a recipe for long term disaster. The short term loss of ecotourism and the revenues it generates is unavoidable. Thoughtful consideration needs to be given to how to best protect our imperiled biodiversity in light of this crisis.

While flying to ecotourism locations does indeed increase one’s carbon footprint, this needs to be weighted again the benefits in protecting wildlife and their habitats that ecotourism provides. Ecotourism is essential to conservation in many areas.

Two-thirds of the breeding bird populations in many areas of North America overwinter in the tropics and half overwinter in a limited area of southern Mexico, northern Central America, and the West Indies that is one-seventh to one-eighth the size of the breeding grounds. Ecotourism is driving conservation in many areas of Central America where half the forests have already been lost. In Belize, revenue from ecotourism has surpassed revenue from agriculture. This is driving conservation in Belize where protecting forest protects water quality and controls runoff which in turn protects the coral reefs and mangroves that drive ecotourism.

Ecotourism is helping the indigenous peoples of Panama keep their lands. The currently recognized tribal lands contain only a fraction of lands once occupied by the indigenous people but contain a significant amount of the remaining forested land. The central government considers the indigenous lands unproductive and would like to further reduce their size, replacing diverse forest with either slash and burn agriculture that is replaced by cattle ranches after a few seasons after fertility declines or monoculture plantations that do not support the native wildlife. In the Darien, indigenous leaders are partnering with eco-lodge owners to bring ecotourism revenue to the tribes. This allows them to argue that ecologically intact tribal lands are sustainable revenue generators that should not be replaced by agriculture. Young people are also being trained as bird guides, giving families an extra source of income, and training the next generation of conservationists. This will only be successful if eco-tourists contain to travel to these areas.

The American Bird Conservancy has partnered with local Latin America non-government organizations to establish the Latin American Bird Reserve Network which protects 1,054,454 acres of land at 92 sites in 14 countries, providing critical habitat for 2,900 bird species. Ecotourism revenue has been an important source of income to maintain these preserves and help them meet their conservation goals. These preserves support conservation in areas of the world with the highest avian diversity, including the Andean countries of Columbia, Ecuador, and Peru, and with the most threatened avifauna, including the Brazilian Atlantic Forest, unfortunately one of the most ecologically threatened areas of the world. The conservationbirding.org website provides details on many of these preserves.

I have concentrated on Latin America because of the connection with “our” birds, the Neotropical birds that breed in North America, and because that is where I have most extensively traveled and talked with local conservationists, all of whom agree that ecotourism from first world countries is a positive force in conservation and is helping them preserve their embattled remaining flora and fauna. Ecotourism of course extends beyond the Americas to encompass lands as ecologically diverse as South Africa, Papua New Guinea, and Antarctica. Thoughtful, well planned ecotourism has enhanced conservation efforts globally and helps preserve the world’s unsustainably declining biodiversity. By all means decrease your carbon footprint but not at the expense of helping to preserve the Earth’s amazing biodiversity. 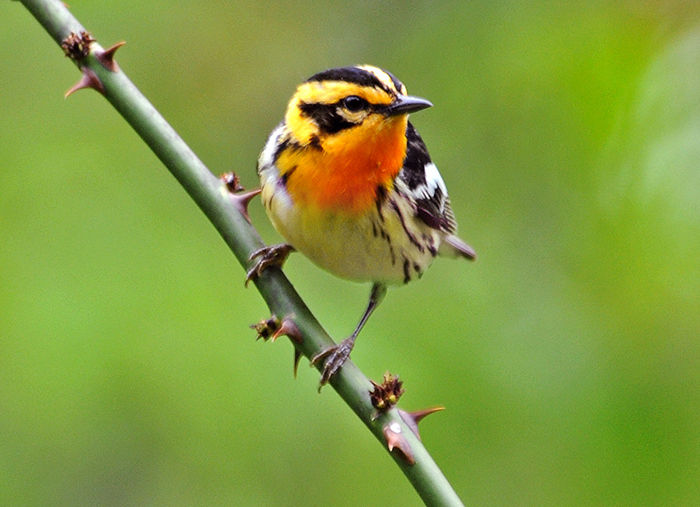 We knew something was wrong. Fewer and fewer warblers have been seen on spring and fall migration. Juncos no longer come in flocks to our winter feeders. Favorite birding spots are not what they used to be. Even common birds are less common. The dawn chorus has diminished.

The number is staggering, 2.9 billion, the number of breeding adult birds lost in the United States and Canada between 1970 and 2017. Ninety percent of the loss, approximately 2.5 million birds, was in twelve families: new world sparrows, new world warblers, new world blackbirds, old world sparrows, larks, finches and their allies, tyrant flycatchers, starlings, thrushes, swallows, nightjars, and longspurs. The loss occurred in every biome. Seventeen percent of eastern forest birds, 23% of Arctic tundra birds, 29% of western forest birds, 33% of boreal forest birds, 37% of shore birds, and a staggering 53% of grassland birds have been lost.

Wood warblers are my favorite North American birds. Every year I look forward to the parade of color and song that marks their spring migration. Wood warblers are the fastest declining Neotropical migrant with a loss of 617.5 million breeding adults since 1970, a 37.6% loss with 64% of species studied in decline. Habitat loss in both the breeding and wintering grounds and loss of insect mass are the probable causes of this decline.

New world sparrows are the fastest declining family of birds with a loss of 862 million breeding adults, a 38.0% loss with 87% of species studied in decline. Even common species are in heavy decline. Dark-eyed Juncos, including our locally wintering Slate-colored Junco, have lost 168 million individuals and White-throated Sparrows have lost 93 million individuals. Habitat loss, largely due to the intensification of agriculture, and poisoning from crop seeds treated with insecticides are the major causes of sparrow decline. Even a fragment of a seed coated with neonicotinoids can be problematic because a sub- lethal dose suppresses appetite, which delays migration, resulting in arriving on the breeding grounds late and not in prime breeding condition. Fewer breeding birds means less recruitment to the population, ultimately resulting in a population crash.

New world blackbirds show the third greatest loss of breeding adults with loss of 439.8 breeding individuals, a 44.2% loss with 83% of the species studied in decline. Eastern and Western Meadowlarks, obligate grassland birds, have lost 139 million individuals and Red-winged Blackbirds have lost 92 million individuals. Loss of grasslands, largely due to intensive agriculture and land development, is the leading cause of blackbird decline.

I could go on. The complete list is given in Table S2 of Decline of the North American Avifauna in Science Magazine. A downloadable PDF is available on the American Bird Conservancy website.

Birds are wonderful creatures that enrich our lives in multiple ways. Birds are also have important ecosystem functions and are indicator species. If bird populations are in this much trouble, ecosystems are collapsing. This should be a warning to us to pay more attention to the natural world and how we are affecting it. The hour is late. We delay addressing the loss of biodiversity at our peril.

Much data for this paper was generated by citizen science. Thank you to all our members who joined WCAS’s Christmas Counts or contributed to eBird. You contributed to this endeavor.